Safety in the PCC


Security is one of the most important things to be addressed, while organizing events in huge buildings such as PCC – with many important international events and high number of participants. The question of safety is also often a big concern of event organizers. The main goal for the PCC’s security team is to do as many preventive steps possible, to protect the visitors prior to major and high risk events. The safety team has had many options in the past to test the security system in the real life crisis situations. For example during the biggest counter-terrorism excercise in the Czech Republic which involved all parts of the Integarated Rescue System. (IRS). A major security challenge was the annual meeting of the International Monetary Fund and the World Bank Group, where delegates from all around the world came together in the PCC. These experiences together with necessary cooperation of the IRS makes PCC a place where you don’t need to worry to hold even the most risky events. 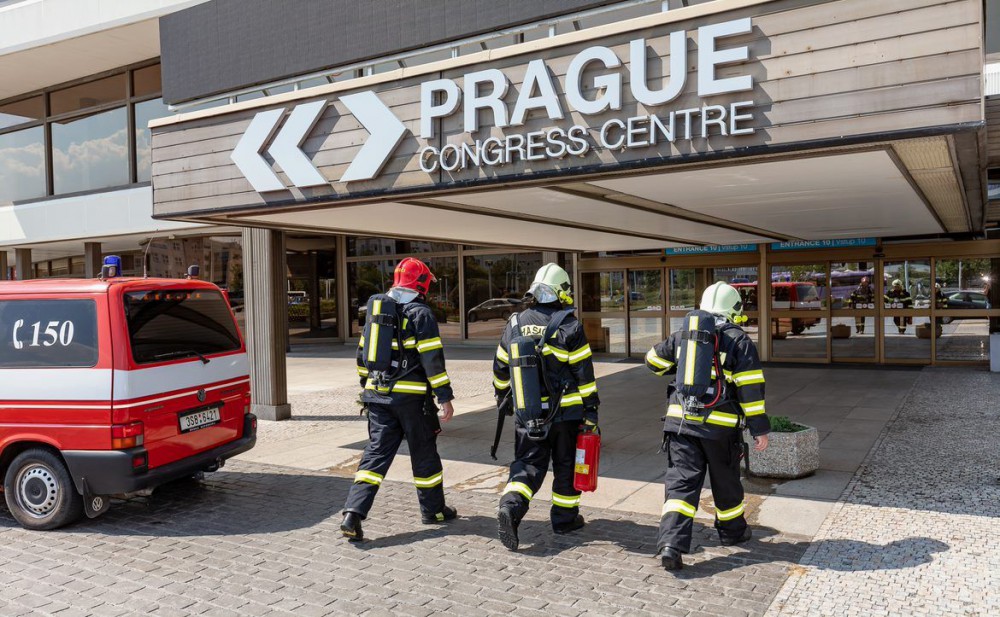 The PCC has its own fire brigade unit inside the Prague Congress Centre. The necessity of its existence was established already during the construction of the buidling (1976-1981). This step was taken due to the complexity of the space and the specific technologies that were implemented. This must be watched due to the high number of the people inside. Our firebrigade is the first to react if someone doesn’t feel well during the congress, they provide the first aid first and will stabilize the person before emergency services arrive. 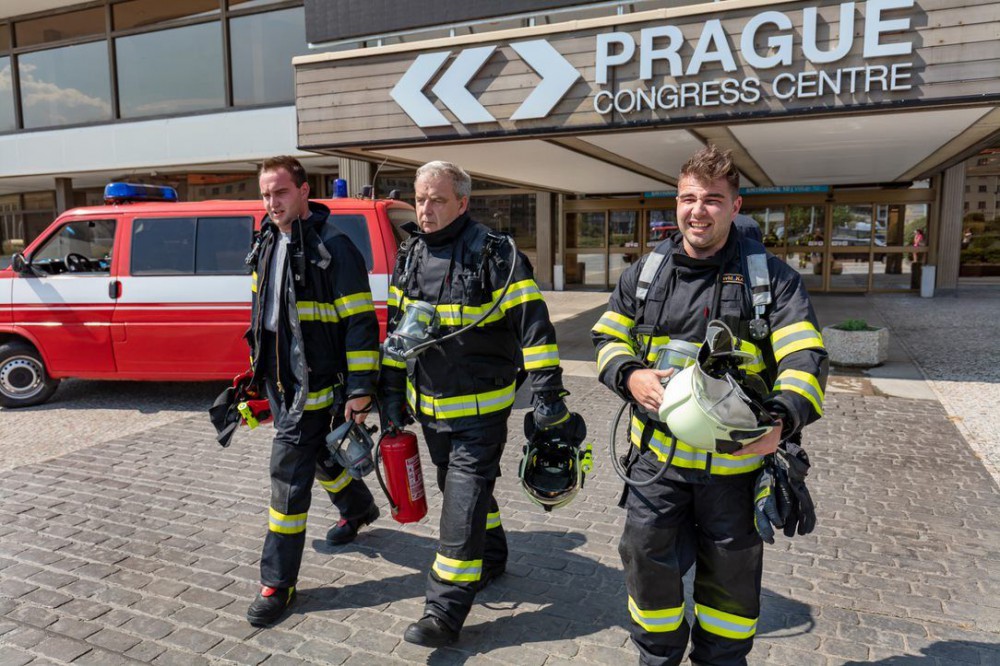 Our fire rescue service has an excellent knowledge of the building. The building is a labyrinth of 3500 doors and 2000 rooms. Before high risk events all rooms must be carefully checked due to possible terrorist attacks. The basis is a pyrotechnical inspection which involves specially trained dogs that look for dangerous substances. Furthermore, the air condition is measured if there are no toxics substances present. After the pyrotechnic inspection, the Police of the Czech Republic takes over the safety of the building.
Our firebrigade work closely with the technical control room, which controls all technologies in the building– hot water, heating, ventilation and air conditioning. In the case of a major event, a perimeter fence is created (a protective zone established by Police). Depending on the size of event., they cooperate with the FRS of Capital of Prague.


The largest ever counter-terrorism excercise in the Czech Republic


In 2018, the largest counter-terrorism excercise called Demon took place at the PCC. Police of the Czech Republic, 40 paramedics of the rescue system and other parts of the Integrated Rescues System participated. Firefighters, rescuers and multiple police forces arrived in front of the PPC (e.g. The Rapid Deployment Unit). A police helicopter was above the building, dropping emergency units onto the roof. Units on the spot practiced the largest-counter - terrorism intervention in the Czech Republic. During the event, several dozens of terrorists attacked the congress centre and two thousands hostages were captured. This was according to a prepared scenario. 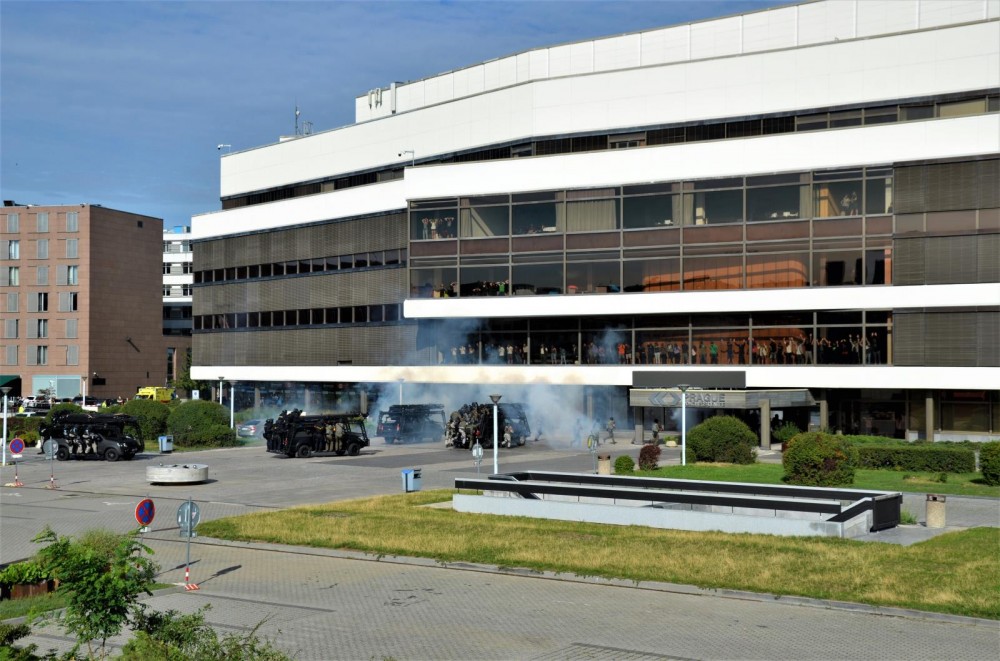 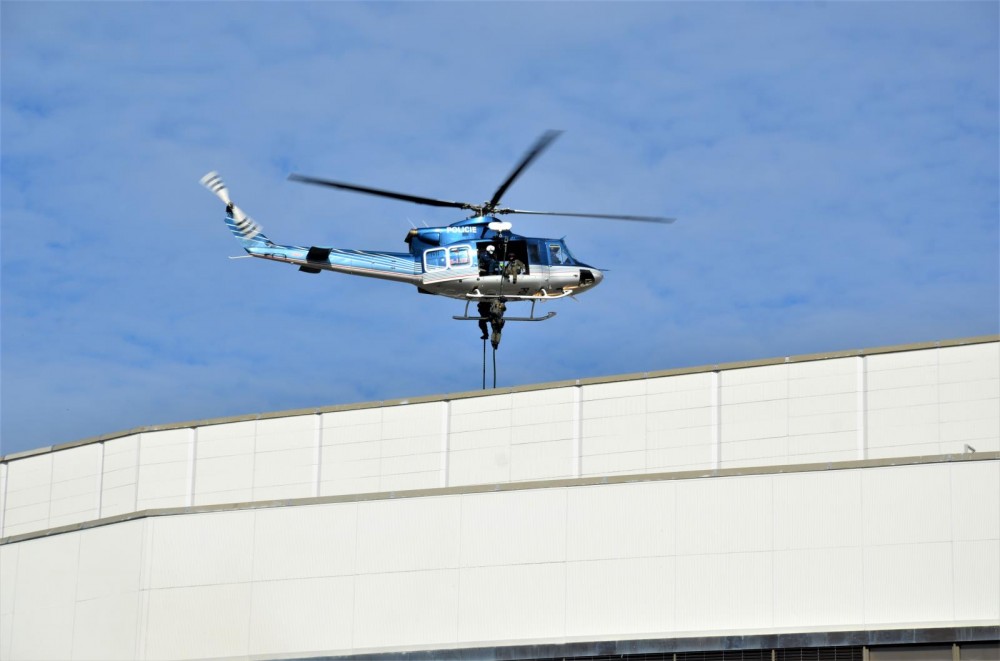 Meeting of the International Monetary Fund


In 2000, a meeting of the International Monetary Fund was held at the PCC. During 5 days of the event., it was necessary to close a large area with a protection zone up to 500 metres from the building. From the Corinthia hotel and the Police building etc. Zdeněk Tintěra, former head of the fire brigade, who served in the fire brigade of the PCC from 1981 to 2018 quotes: “Certain groups of people broke the perimeter barrier and gathered at the gas station nearby. Two cobblestones were dropped and naturally we were afraid that someone could also throw a fire bottle there. We were very interested in keeping all 3500 delegates safe. We have secured the vents around the building against possible dangerous substances – even smokebombs detection. In the end, we did a great job and there was no need for any response.“


Evacuation is also within the competence of the fire brigade. It is carried out in instances of fire, danger to people, bomb threats. These situations are always solved in cooperation with the Integrated Rescue System. The leader of IRS decides on the overal strategy and evacuation carried out by the firebrigade. Also regular evacuation excercies are carried out to test people’s response time.


Interventions of the firebrigade in the PCC building 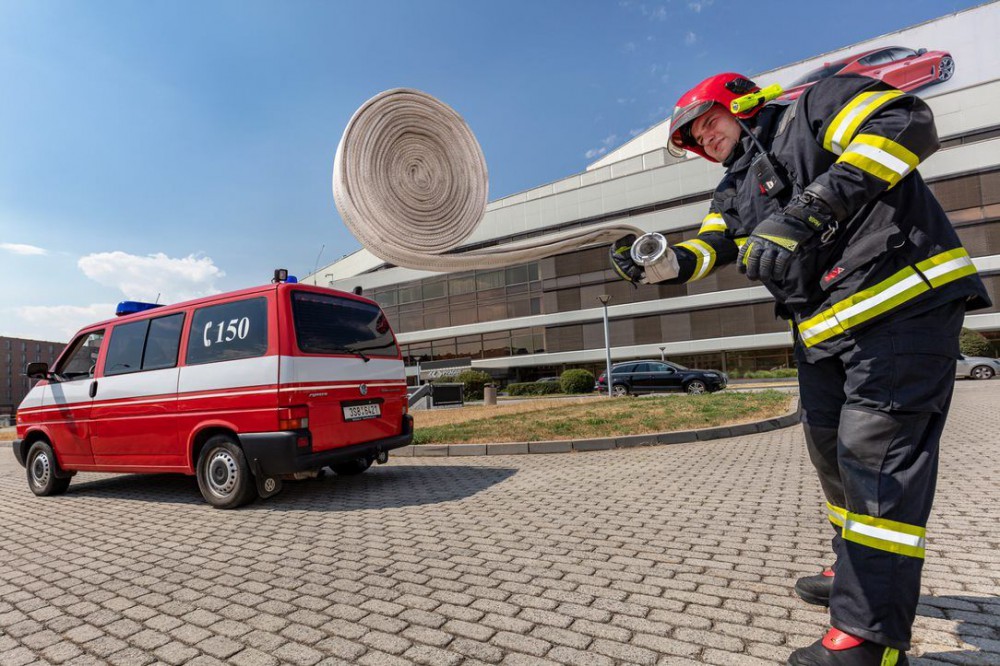 In the past, firebrigade of the PCC had to deal with two large fires. The first case the negligence was on the part of the tenant where the fire was caused by a cigarette butt. The fire started from a table which caused the wall to start burning and then the fire spread. Burning substances leaked into the insulation which then started to burn as well. PCC firefighters got help from 4 units of the fire rescue system of capital of Prague. In the second case in 1996, it was a deliberate saboutage in the parking garage of the PCC. The vehicles, oil and electron disks caught on fire. 6 units of FRS of capital of Prague arrived to help to get the fire under the control. Demaging included cracked ceilings and the airconditioning system. „In both cases no one was hurt. The foundations of the building were not demaged. As a result of these two fires we can say that  we are able to handle complex crisis situations“ commented Zdeněk Tintěra, who served in the fire brigade of the PCC from 1981 to 2018.